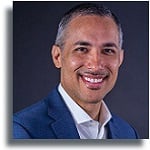 Daniel E. Dawes, JD, a widely respected lawyer, author, scholar, educator, and leader in the health equity, health reform, and mental health movements, is Director of the Satcher Health Leadership Institute at Morehouse School of Medicine in Atlanta, Georgia and a professor of health law, policy and management. He is also the Co-Founder of the Health Equity Leadership and Exchange Network (HELEN), which is a nationwide network of over 2000 governmental and non-governmental leaders and scholars focused on bolstering leadership and the exchange of research, information, and solutions to advance evidence-based health equity-focused policies and programs.

Dawes's research focuses on the drivers of health inequities among under-resourced, vulnerable, and marginalized communities and is the pioneer of a new approach to examining inequities, the political determinants of health. He brings a forward-thinking, inclusive, and multidisciplinary approach to health policy, authoring two groundbreaking books, 150 Years of ObamaCare and The Political Determinants of Health, published by Johns Hopkins University Press, which have received critical acclaim and rave reviews.