My Patient Anna, and Millions of Others Like Her, Are on the Ballot in November

Meet Anna. She’s a 47-year-old woman with diabetes and high blood pressure—that is, hypertension. When I first met Anna three years ago, she’d recently moved to Massachusetts and obtained health insurance for the first time in two decades.

During her first clinic visit, Anna’s blood sugar was wildly uncontrolled—a clear indication of diabetes. She felt dizzy and fatigued, but this was her baseline. We spent over an hour, during a visit scheduled for 20 minutes, working with the pharmacist and health insurance company to find an insulin prescription for which she could afford the copay.

We eventually got her blood sugar and hypertension under control, but the years without health insurance had already wreaked havoc on her body.

Now, three years later, Anna has heart failure, cirrhosis, and end-stage kidney disease. I call her each morning on her dialysis days. Her complex care manager organizes her transportation. She’s hospitalized often, and her life expectancy is short.

Beyond the walls of the clinic

As a Family Medicine Physician at a publicly funded hospital in Massachusetts, it’s clear to me that I can’t solve my patients’ problems within the walls of the clinic.

As physicians, we’re often disillusioned to believe that politics should be kept separate from medicine. That we keep “politics out of the exam room.” That we treat the patient regardless of their political stance or beliefs. When we take a step back, though, we see this is a very simplistic view of medicine. So then, what exactly are we trying to achieve as physicians? We must ask ourselves, what truly makes people healthy?

A look at the social determinants of health

So, what went wrong? Why must Anna die in her early 50s?

Anna didn’t have access to health insurance for two decades, which means she had uncontrolled diabetes and hypertension for years. She worked as a house cleaner, didn’t have employer-based health insurance, and she couldn’t afford private insurance. She didn’t meet requirements for Medicaid. She would’ve met requirements under Medicaid expansion, but she moved to Massachusetts from a state that didn’t expand Medicaid.

Next, Anna often can’t afford her insulin copay. I’ve even paid the copay at times. Ultimately, her average blood sugar is at a level high enough for most people to be unconscious. This has resulted in many more health problems, including her end-stage kidney disease.

Moreover, Anna is homeless. She jumps from shelter to shelter, especially when it’s cold outside. Unstable housing exacerbates all physical and mental health conditions. For someone like Anna, this also means she doesn’t have a safe, consistent place to keep her life-saving medications. It makes getting to dialysis difficult. It makes eating healthy foods—or any food at all—difficult.

This is the quintessential picture of health inequity in America. And it’s extremely common.

A look at health disparities

The Robert Wood Johnson Foundation defines health equity as a “fair and just opportunity to be as healthy as possible,” then goes on to discuss poverty, discrimination, employment, education, housing, and safe neighborhoods as key social drivers of health and equity. These social conditions underlie the health gaps in our country.

And now, the COVID-19 pandemic has thrown health disparities into stark relief. Black Americans are dying at strikingly higher rates from COVID compared to white people. In fact, Blacks comprise 20% of COVID-related deaths, though Black people are only 13% of the U.S. population.

But this outcome was predictable. In 2017, 10.6% of Black Americans were uninsured, compared to 5.9% of non-Latino whites. Blacks suffer from chronic conditions at nearly double the rates of whites. For example, 42% of Black adults have hypertension, compared to 28.7% of non-Latino white adults. The maternal mortality rate for Black women is four to five times higher compared to white women, and the infant mortality rate for Black babies is twice the national average.

These health disparities are the result of decades of oppression, systemic racism, and under-investment in the social drivers of health, such as housing, food security, early childhood care, education, public safety, and the environment.

So, how can we pursue health equity in the United States?

We must confront racism to reduce health disparities. Health professionals must explicitly acknowledge the role of racism in medicine, engage in implicit bias training, and closely dissect and dismantle structural racism within their own institutions. On this foundation, we can build an anti-racist health system.

Next, we must prioritize social spending, which means investing in those underlying factors that ultimately shape health. Research demonstrates that increased social spending, compared to spending on medical care, is vital to improving health disparities. However, in 2018, the U.S. spent 1.4% less GDP on social spending compared to its peer nations—that’s more than $287 billion.

These solutions, though, require policy development and support from our elected officials. In the midst of a worsening pandemic and a critical election year, physicians have a responsibility to advocate for their patients’ health. To develop policies that truly address social determinants and pursue health equity, we need elected leaders who hold these as core values. The lives of our patients are on the ballot in November. And I won’t let Anna down. 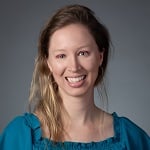