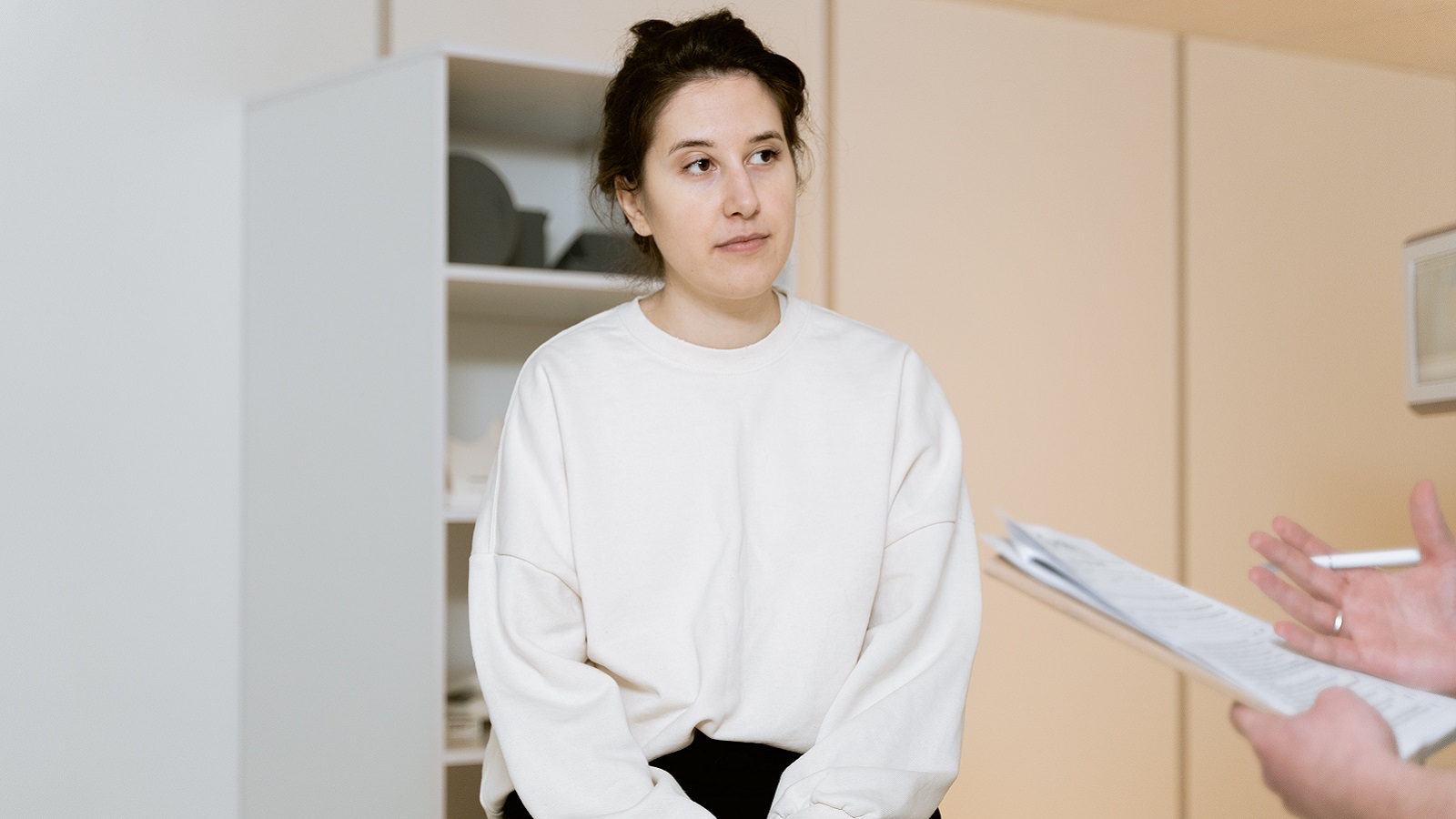 Restructuring the Power Dynamic: How a Patient’s Narrative Can Help Us Understand the Role of Trauma in the Clinical Encounter

In many ways, medical school trains its pupils to be detectives, capable of discerning and interpreting even the most subtle physical signs of the human body. Yet, when patients are so generous as to entrust us with their stories, as illustrated by their verbal or body language, we often lack the skills – those akin to literary analyst – to elucidate motifs and themes that could both explain and perhaps facilitate the patient’s relationship to their health and the healthcare system. The purposeful and subliminal stories that GL, an incredible patient I encountered as a medical student rotating in family medicine, shared with me epitomized the potential to rethink the dynamics of the clinical encounter.

When asked to describe herself, GL says, without hesitation or adornment, “I take care of my people.” GL is a 48-year-old woman with a face unmistakable for the stories tucked into her laugh lines and hands that speak volumes of the work they’ve engaged in. A mother to three, a daughter to two, a sister to two, and a personal and professional caretaker to many more, GL has assumed the role of fierce protector with ease. Immigrating from Port-au-Prince, Haiti to Everett, MA in 1996 with the equivalent of $150 USD in hand to live with a husband who she barely knew, GL embodies the ethos of a woman defending herself from what she perceived to be yet another crusader of injustice.

GL and I first encountered each other at an acute care clinic when she had come in for a repeat evaluation of abdominal pain. When I had first walked into her treatment room, I noticed her arm wrapped in such a way that it felt as though she was guarding her body as she stated she was “not treated well” during her previous visit. I learned that she had been experiencing cramping lower abdominal pain for seven days. “It feels like there is something biting my belly,” GL gestured. The pain had often been so severe that she went several nights without sleep. The day before our meeting, GL had been seen by another provider, who suspected based on the story and exam that this was likely musculoskeletal and recommended abdominal binders and a non-urgent abdominal ultrasound. “There is something wrong with me, and this other doctor, she doesn’t believe me. She just thinks it’s my fat!” GL exclaimed angry when I referenced her previous visit.

My preceptor for the day deftly perceived GL’s unease – both in her physical and emotional state – within seconds of joining us in the clinic room for her second visit. The physician swiftly had her ultrasound rescheduled to later that afternoon. When I called later that same evening to inform GL that a concerning “spot” had been seen on her ultrasound requiring a follow-up with a CT scan for better characterization, I was quite frankly taken aback by the effusive gratitude GL offered in response to my report. In speaking to her later, GL explains that what was paramount to her – and made everything else, including the potentially ominous next steps, irrelevant – is that she could detect care, and as she put it, “I am good at knowing when people actually care.”

While it’s unequivocally clear that GL is a strong advocate of her body, her own relationship to it may not be well understood within the biomedical model in which medical students are trained to operate. While asking about her medical history during our first intake, GL asserts she has none. GL is definitive in her “no” when asked whether she has ever had any pelvic or lower abdominal pain previously. However, on chart review, I note that GL experienced what seems to be at least 3-4 months of pelvic pain in both 2007 and 2018 – in both cases, she was found to have complex cysts on an ultrasound.

When re-addressing these “discrepancies” in a later phone conversation, GL surmises that these terms mean very little to her. She either feels well or unwell – the cause of her discomfort is irrelevant. As GL puts it, “My God wants me to be a certain way.” He may send her some relief in the form of a doctor, a pill, or the course of time, but she is not one to question more of it. “There are all these words that you people [the medical field] want to use to describe my body, but I don’t need any of those.”

Direct experiences with the healthcare system – the traumatic births of twins on a labor and delivery floor where she understood no one and what she describes as a subsequent forced sterilization by being coerced into a tubal ligation -- have left an understandably bitter impression with GL. As such, any advice or direction she gets from medical professionals she often ignores or discards altogether either intentionally or unconsciously. It’s an act of re-asserting control and power for someone who has had so much of it stripped from her.

My conversation with GL led me to wonder what tangible ways the medical profession – particularly primary care providers, given the breadth and depth of their patient relationships – can employ principles of trauma-informed care to empower and reaffirm patients’ agency; to counteract an extensive legacy of trauma inflicted on patients especially from particular identity communities (e.g. BIPOC, LGBTQIA+, immigrants/non-English speakers).

One possible intervention is having patients fill out a short slip (or dictate to the medical assistant) with the following two prompts: 1) What is your goal for this visit? 2) What would you like to walk away from this visit with? While providers will almost always fall short of the patient’s expectations, the sheet allows for a concrete way for the provider to circle back to ensure they are attempting to address the needs that the patient themselves raised. This could potentially address a situation in which there is a discrepancy in expectation: a provider perceives that the patient’s goal is to be reassured that this pain is not heralding something serious, while the patient is actually looking for answers regarding the source for the abdominal pain. Both goals can still be achieved in the visit, but it may be helpful for the provider to know more precisely what the patient hopes to get out of this visit.

Another addition to the clinical encounter that could be piloted is a simple exercise in patient choice and actively engaging the patient in their own care (what is known more formally as organizational planning). In presenting the patient with their assessment and plan, perhaps the provider states, “here is what I think is going on: ________, and this is what I would like to do for it: ________” and always follows up with the question, “how would that work for you?” That way, the provider is assessing whether their plan is actually feasible for the patient and gives the patient autonomy in expressing their thoughts. The provider would then be compelled to indicate whether they explicitly discussed how the patient felt about the plan. For instance, if this was in place for GL during her first visit, perhaps she would have had the opportunity to point out a lack of a plan for her pain management.

GL’s physical, emotional, and verbal vulnerability helped demonstrate how important it is for providers to both be cognizant of and work to dismantle inscribed power dynamics in the room. While it seems like an unwieldy concept, the basic principle that undergirds this work is humility – an appreciation than in a dyad, both parties have value to contribute if given the space to do so.

Maahika Srinivasan, MS, is a fourth-year MD candidate at Harvard Medical School and an aspiring family medicine physician. Prior to medical school, Maahika worked as a campaign organizer for global non-profit DoSomething.org while, in parallel, obtaining a Master’s in Narrative Medicine from Columbia University. Her passions lie in the intersections of social and racial justice, storytelling, and medicine.

The Art of Meeting People Where They Are: A Community Partnership Approach for COVID Equity Exploring Work That Scratches the Soul: Reflection on a Rural Health Independent Study