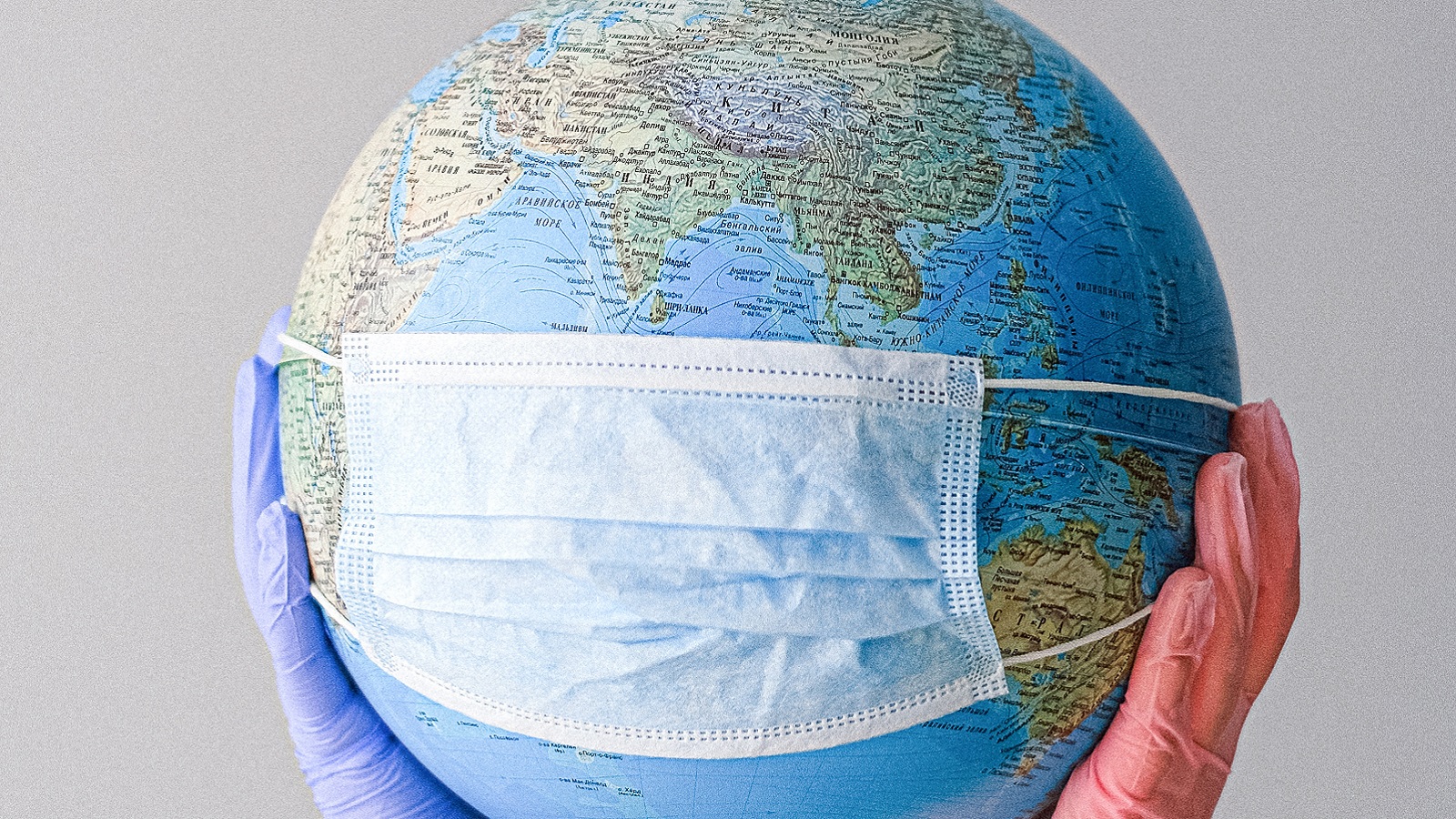 Does Epidemiology Need a Rethink?

Epidemiology, the broad study of disease incidence and causality, has long formed the backbone of public health. Its rapid tabulations and population-level insights have made it an enduring discipline, which often shapes health policies across the globe. The ongoing COVID-19 pandemic has reasserted epidemiology’s relevance in disease control and prevention.

As we have all noticed, the politics over numbers and epidemiological tracking has reached new heights since early 2020. Conversations about case counts, hospitalizations, and deaths are now commonplace in public discourse—on the television and at the dinner table alike. But could epidemiology be hurting us? Could epidemiologists’ attempts to track COVID-19 cases, to make our social world legible as this virus propagates, actually hurt communities, both in the United States and abroad? It is more likely than it seems.

Perhaps a good example to begin with is the tragedy that struck India in the spring of 2021, when COVID-19 cases surged to unprecedented levels—topping more than 400,000 new cases per day—and the whole country hit a free fall. Hotels and banquet halls turned into makeshift hospitals. Oxygen supplies rapidly depleted as people rushed to secure tanks for their families. Bodies laid out in the streets as morgues overflowed. Entire government offices shut down as Delhi and other major cities went into strict lockdown. Yet by way of epidemiology, the global community tracked the case counts as they soared and responded accordingly. International outcry from governments, humanitarian organizations, the Indian diaspora, and other groups turned into an outpouring of support. Even here at the University of Oxford, I watched as student councils rapidly assembled proposals and voted to send oxygen tanks to Indian hospitals nearly 5,000 miles away.

As an anthropologist, I am drawn to the implicit assumptions and systems that underlie this emergency response—the most obvious being our ability to, by means of epidemiology, detect outbreaks in real time. Epidemiology and the various digital platforms that curate its data (WHO, health departments, Johns Hopkins University, The Atlantic, etc.) are precisely the “sensors” that allowed us to garner such an international response to the events in India. The statistics epidemiology produces, however, presuppose a shared commonality among nations and rely on a comparative frame that flattens differences among nations in a wildly unequal world order. In turn, these statistics project all nations as equal and their outbreaks decipherable by a uniform epidemiology. In other words, epidemiology rests on the assumption that its methods are universally applicable: outbreaks in metropolitan New York City, the slums of Mumbai, and rural South Sudan are all amenable to epidemiology’s methods and treated similarly. Yet, the data coming out of these three sites are surely not the same.

Epidemiology, as applied to the COVID-19 pandemic, has not meaningfully accounted for varying testing levels, case definitions, and demographic and geographic distributions of cases among certain sub-sects of the population. Accounting for such factors would render these global COVID-19 comparisons—such as the one between New York City, Mumbai, and South Sudan—illogical. We might also look to rural populations, whether those in the American Midwest or the Venezuelan Amazon, who reported low access to testing technology and have a limited government presence to finance, deliver, and administer the tests. If there were major outbreaks in these places, our highly trusted and valued “sensor”—that is, epidemiology—would have failed us. No one would be coming to the rescue.

We leave little room for these examples in our current public health approaches, instead investing our confidence in epidemiology’s methods and the statistical authority it assumes. In Western culture, we are raised to think of numbers as objective, untampered, apolitical, and reliable. Several anthropologists have shown that numbers are endowed with a certain social power and often go unquestioned. Inequalities and exclusions are thus embedded in the epidemiology we rely so much on and use to manage this global infectious crisis.

Misrepresentations of race and ethnicity

In another example, perhaps one closer to home, I pull from my time working on COVID-19 at the Florida Department of Health. As I quickly learned on the job, there was no standardized training for contact tracers at the Department—and this showed. The race and ethnicity data we collected across the department, for example, was noticeably inconsistent. Sometimes I was told it was too awkward to ask someone’s race and ethnicity, so co-workers would listen to their accent and if they sounded “normal,” as I was told, they were listed as white. If it was unclear, they might be listed as “unknown” or “not applicable.” Other contact tracers would at times check multiple boxes for race and ethnicity, despite the form’s instructions to select only one. The electronic system that this information is transferred to, however, only accepts a single answer. Consequently, the race and ethnicity of patients who had selected multiple boxes was often ambiguous and inconsistently input.

The result is a kaleidoscope of interpretations for COVID-19 race and ethnicity data. When I reached out to the head of the COVID-19 unit, the lead epidemiologist, I was told to prioritize writing down symptoms and possible exposures since that data was deemed more important than demographic ones like race and ethnicity. This hierarchy of information can have grave consequences on Black, Indigenous, and other communities of color living in the United States. Because critical demographic information was deprioritized, accurate data on the communities hit hardest by the pandemic was never sufficiently captured or addressed. And so, as the fight for racial justice in America continues, we are reminded of what we already know: structural racism is rampant, and it is built into our systems of governance and knowledge production.

Although this article is predominantly a critique of epidemiology, I hope to also offer a path forward for our thinking. Instead of repeatedly citing these epidemiological statistics as measures of “good” and “bad,” I suggest we take a more qualitative approach, one that considers the specific mechanisms through which COVID-19 propagates. For example, Ecuador made headlines early in the pandemic as its streets became lined with body bags. When assessing the risk and severity of a COVID-19 outbreak, case counts are often useful tools of measurement. However, there are other factors that might serve as similar indicators. Under the neoliberal presidency of Lenin Moreno (2017-2021), there were rapid closures of a number of public institutions—13 out of 40 institutions eliminated by April 2019—and the selling off of state held assets by privatization. Many social and welfare programs were abruptly closed and the staff laid off. Among those let go were nearly 3,500 health care workers, including 300 personnel who worked in Ecuador’s pandemic control and response team; over 400 Cuban doctors and clinicians working in Ecuador; and approximately 3,680 employees of the Ecuadorian Ministry of Public Health in 2019 alone. Public investment in health care fell by 64% between 2017 and 2019, and cuts continued into 2020. On March 21, well into the pandemic, the country’s health minister Catalina Andramuño resigned. In her resignation, Andramuño cited that the government had not allocated any additional funds for COVID-19. Might these events be useful indicators of COVID-19 risk and severity?

Instead of relying solely on epidemiology, a comprehensive, whole-of-society approach reveals the mechanisms through which neoliberalism guts health systems, makes bodies vulnerable, and reinforces social exclusion. What other, non-quantitative indicators might we use to address epidemiology’s shortcomings? How can we rethink epidemiology to better serve communities globally?

Although some epidemiologists started moving in this direction, especially in academic spheres, there is still a lot of work for us to do to address these significant inequalities and exclusions. We must pay more attention to what happens at the fringes of epidemiology, to those populations not entirely legible to epidemiology’s toolkit, and think more about inclusive alternatives. 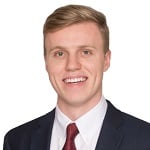 Dalton Price, BA, is pursuing his Master of Public Policy and PhD in sociocultural anthropology at the University of Oxford, where his research spans migration in Latin America, global health politics, and critical approaches to international development. His public writings have appeared in HuffPost, Common Dreams, and Global Health NOW, among other outlets; and he has contributed to pieces in the New York Times, Wall Street Journal, The New Humanitarian, and ABC Action News.

The Power of a Personalized Approach: Physicians’ Fight against Misinformation and Vaccine Hesitancy Sudden Death in the Realm of Possibility: The Psychosocial Trauma, Uncertainty, and Health Care Needs of Migrants Crossing the Mexico-U.S. Border