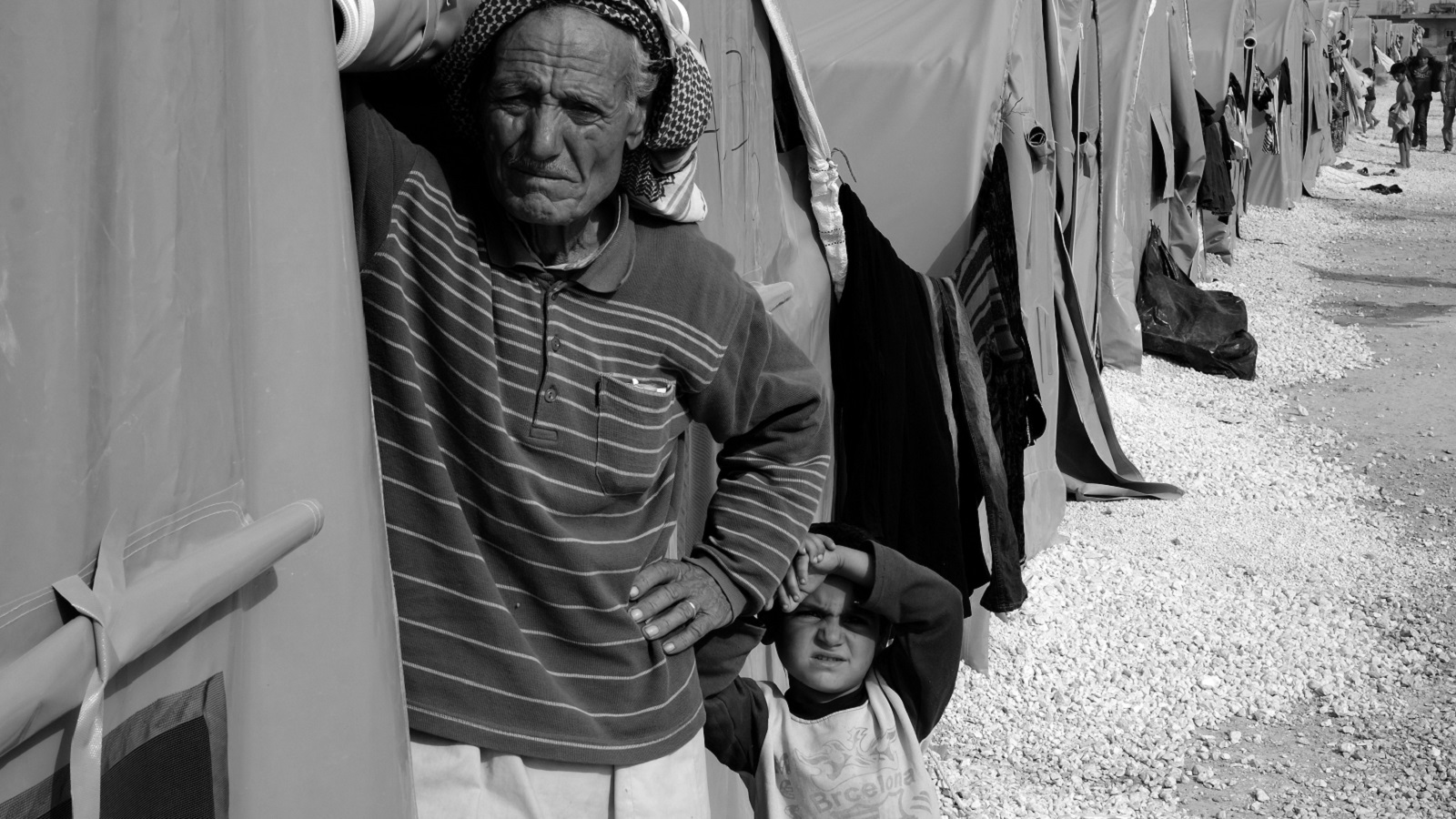 The unprecedented political violence that swept the Arab region in the last century, from the Nakba of the Palestinain people to the wars in Iraq, Sudan, Libya, Syria, and Yemen, have produced millions of refugees who are traumatized after their exposure to political violence. In 2020, about 55% of the refugees globally originated from the Arab region. Refugees experience remarkable distress resulting from violence, loss, and uprooting. Such experiences often lead to post-traumatic stress disorder (PTSD) symptomology, a disorder largely determined and researched in Western psychiatric settings and on Western populations.

A considerable and expanding body of literature has questioned and challenged the categorical and clinical applicability of PTSD in non-Western contexts, such as the works of Summerfield, Giacaman, Kleinman, and Koga among others. How is psychological distress socially understood and clinically defined within the mental health field? Is this conceptual framework consistent with the experiences of refugees who experience trauma?

The Transforming Refugee Mental Health (TRMH) project addresses these questions from the perspective of refugees in the Arab region, particularly in Egypt, Lebanon, and Palestine. Egypt hosts refugees primarily from Sudan, Syria, and Libya. Lebanon mainly hosts Palestinians, Syrians, Iraqis, Sudanese, adding around two million beyond its own population of a little over four million people. Palestine, compared to the aforementioned host nations, has exported a high number of refugees since 1948 and continues to house its own internally displaced peoples.

The fallacy of universalizing and medicalizing trauma

"Western psychiatric templates [of disorders] cannot generate a universally valid knowledge base" because they may not represent the "nature of reality for the individuals under study," according to a recent publication on the conceptualization of mental health in Western settings. Local context plays a key role in understanding what is and is not considered "traumatic" and, consequently, the normative versus pathological responses to traumatic events.

"Normative" here refers to socioculturally normed and shared values that support social cohesion by enforcing behaviors that ought to occur, while disapproving behaviors that ought not occur. Naturally, norms and normed responses to events, including traumatic events, vary widely across societies and social contexts. Critical to the context of a trauma response are the socio-political, cultural, and economic settings in which trauma is experienced; therefore, identifying such structural factors is integral to understanding the consequences of exposure to violence. Providing mental health services to the “individual” to address traumatic symptomatology is much more feasible than eradicating systemic injustices and the causes of trauma. Providers, researchers, and policymakers often are aware of this reality when setting short- and long-term goals.

However, viewing PTSD as a purely medical "pathology" of the individual inherently depoliticizes and de-contextualizes the conditions which shape trauma. It prevents clinicians from questioning the foundations of the clinical guidelines and its cross-cultural translation in light of these socio-political conditions. In order to provide better quality, accessibility, and impact of mental health care to refugee communities, the concept of trauma and PTSD must be understood through a biopsychosocial lens rather than a strictly biomedical framework. An entire industry has been constructed around refugee PTSD in the Arab region.

Funders, non-governmental organizations, academic articles, conferences, and aid organizations have been built around refugee trauma in the Arab region. This industry is based on the Western Psychiatric Nosology, which proposes a static and rigid model of trauma. In reality, experiences of trauma are fluid and ever-changing. For example, one dynamic factor is the duration of traumatic exposure, which has been long-term and ongoing in the region.

The impact of such duration of traumatic exposure has gone un-addressed in Western psychiatric practices and the biomedical conceptualizations of trauma. This leaves out a critical intergenerational sociocultural traumatic manifestation among refugees from the Arab region. A variety of social, cultural, and political factors impact the development and understanding of trauma. The frameworks of Refugee Theory, Post-Colonial Theory, Trauma Theory, and Feminist Theory have been a much needed departure from the biomedical model. They emphasize that refugee trauma is a consequence of multiple social and political determinants, and better inform the development of multifaceted interventions.

Another dynamic factor in conceptualizing trauma is local, community-based framing of trauma. Multiple studies conducted in Palestine show that local understandings of suffering do not necessarily follow the Diagnostic and Statistical Manual of Mental Disorders (DSM) and International Classification of Diseases (ICD) guidelines of trauma-related disorders. The community involved there has provided explanatory models for their own distress. Western clinicians, nevertheless, continue to use standardized tools that were not designed to incorporate dynamic and diverse responses to long-term trauma, to assess trauma, and to estimate prevalence and indices.

The biomedical model of trauma misses salient features of distress, its origins, its local contexts, and culturally based understandings. Furthermore, for all their important conceptual extensions, the frameworks of the Refugee, Post-Colonial, Trauma, and Feminist theories have failed to pose an essential question: Who, in fact, is the subject of trauma in the Arab society?

Culture and community: the different levels of trauma

Western conceptualizations and treatment of trauma focus on the "individual," overlooking the wider contextual scope of Arab societies. The structuring of Arab societies has been historically different from Western ones. In the Arab region, the state and the labor markets are not reliable sources for welfare and support. Rather, support is provided by family members, including extended kin and close community members.

These supportive individuals have experienced the trauma of long-term political violence and social upheaval together. Trauma is not that of the "individual," but also of the family, the community, the entire society. Addressing trauma must focus not only on the individual-level but also address trauma of the community and society. The subject of trauma, we argue, is this larger family, community, and society.

The misguided investigations of prevalence of PTSD, attempts to quantify suffering, in order to better highlight health care service gaps, the need to invest in better mental health services, and culturally adapted interventions/training of professionals will continue to fall short of addressing the real issue. The above mentioned industry produces countless reports and articles that are predictable in content and recommendation.

A large percentage of Arab refugees suffer from PTSD, anxiety, depression, and resulting conditions. More resources should be invested in research and health care delivery. This industry has become a vicious loop like much of the aid and charity industries, which fails to address the root causes of the problem; that is the decontextualization of etiologies and categories of psychopathology, and consequently the constant decentralization of this reality on the global agenda of mental health.

Our work at the Transforming Refugee Mental Health (TRMH) Project

The real issues are the socio/political, cultural, and economic conditions producing long-term trauma and the nature of the relationship between the "person" and their family, community, and society. We, in the interdisciplinary project of Transforming Refugee Mental Health (TRMH), argue that a significantly different way for conceptualizing trauma and the relationship between the person, family, and community is needed in order to start understanding trauma among refugees in the Arab region and direct future clinical and policy-oriented interventions. 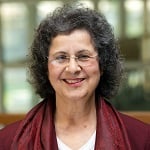 Suad Joseph, PhD, is a Distinguished Research Professor of Anthropology and Gender, Sexuality, and Women’s Studies at the University of California, Davis. General Editor of the Encyclopedia of Women and Islamic Cultures and former President of the Middle East Studies Association of North America, she has founded numerous academic organizations, programs, journals, and newsletters related to gender in the Middle East. She founded and directed the University of California Davis Arab Region Consortium, with the Transforming Refugee Mental Health as one of her leading projects. 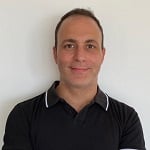 Osama Tanous, MD, is a pediatrician and public health scholar based in Haifa. He is a 2021 Hubert H. Humphrey fellow of public health and health policies at Emory University and a board member of Physicians for Human Rights - Israel. His work has been published in the Journal of Palestine Studies and the Middle East Research and Information Project, among other platforms. 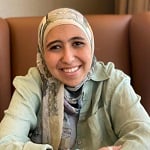 Nadine Hosny, MSc, is a psychotherapist and doctoral researcher at the Cultural Clinical Psychology Lab at the Institute of Psychology, University of Lausanne, Switzerland. She studies cultural concepts of distress, complex trauma, and the development of culturally congruent interventions. She is also an affiliate researcher in the Department of Psychology at the American University in Cairo, and a visiting research scholar at the Department of Public Health at the University of California, Davis. 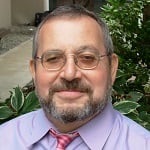 Patrick Marius Koga, MD, MPH, FRSPH, is an Associate Professor and Director of the Ulysses Refugee Health Research Program in the Department of Public Health Sciences at University of California, Davis, School of Medicine. His work on gender, cultural, and religious modulators of war trauma and resilience, violence against women, and post-migration impacts on health spans wide geographical areas, from Kyrgyzstan, Afghanistan, Iran, Turkey, Iraq, Lebanon, and Egypt.

Arab American Research Gaps and a Survey of its Solutions Menstrual Justice Is a Matter of Health Equity: How to Fight Period Poverty and Stigma